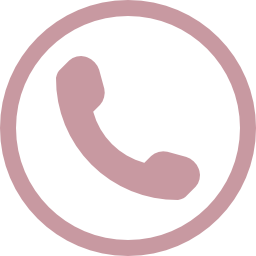 What is Conventional CoolSculpting?

CoolSculpting is the brand name for a fat-freezing method that aims to get rid of stubborn fat in certain parts of your body. The method is called cryolipolysis. The U.S. Food and drug administration approved this method in 2010.

Scientists came up with the idea for cryolipolysis by studying what happens to fat during frostbite. Fat freezes at a higher temperature than skin. The cryolipolysis device cools your fat to a temperature that destroys it while leaving your skin and other tissues unharmed.

Possible Side Effects of Conventional CoolSculpting:

Also referred to as PAH presents itself as a painless area of increased fat in the exact location of the treatment with the CoolSculpting device. In this case, patients who developed PAH had initially seen a reduction of fat in the area at about two months post procedure, however it followed by an increase in fat in the treated area that clearly takes the shape of the CoolSculpting applicator. At this time, doctors aren’t certain why this occurs and aren’t able to predict what patients are more susceptible, but research shows that PAH is more common in men than in women.

Some patients have reported feeling numbness, pain and tingling in the treatment area after conventional CoolSculpting. The reason this can happen is that the treatment aims at lipids (or fats) and the linings of our nerves are laced with lipids, so the cooling can actually disable cutaneous nerves. As these nerves regenerate, some patients may experience various sensations, including one to two weeks of sharp, stabbing pain at the treatment site. Although this pain is often intense enough to keep some patients awake at night, it does completely go away on it’s own.

At Beautox Bar, we are proud to offer a safe CoolSculpting alternative using an InMode Evolve device. This device will destroy the fat cell and tighten the skin with radio frequency and heat instead of freezing fat cells. Even better, the InMode Evolve device can even tone muscles! You get all three modalities in one device: Trim, Tight and Tone.

The treatment is painless, has no side effects and the device is FDA cleared.

A CoolSculpting Alternative That Won’t Break The Bank!

Pay Per Treatment - $400 per treatment, which includes one area and one modality (Trim, Tight or Tone) Purchase a Package - $1,200 per month for three months , which includes two areas with one modality per area or one area with two modalities for that same area. This package is a $1,200 savings.

InMode highly recommends six treatments per area, per modality. For example: if you want your stomach tightened and toned, you could do six treatments where our staff would do both Tone (30 minutes) and Tite (45 minutes). Or we can do 12 appointments and do just one modality at that one appointment. The key is to have treatments one week to ten days apart. Results will continue to show for up to 12 weeks after the final treatment!

Research for yourself InMode’s Evolve device and InMode's Evoke device for facial definition. Beautox Bar is one of the first in Minnesota to offer thisalternative and we’re excited for you to try them both!

Contact Beautox Bar
Contact Beautox Bar™ to set up a consultation with a certified practitioner.
Online booking is NOT available for these treatments
*Some restrictions apply. Cancellations will incur a $50 fee.
info@beautoxbar.com | 763-205-6952
VIP Membership

Pay only $10.50 per unit of Botox for an entire year!
Purchase a VIP Botox Membership for $199 annually.